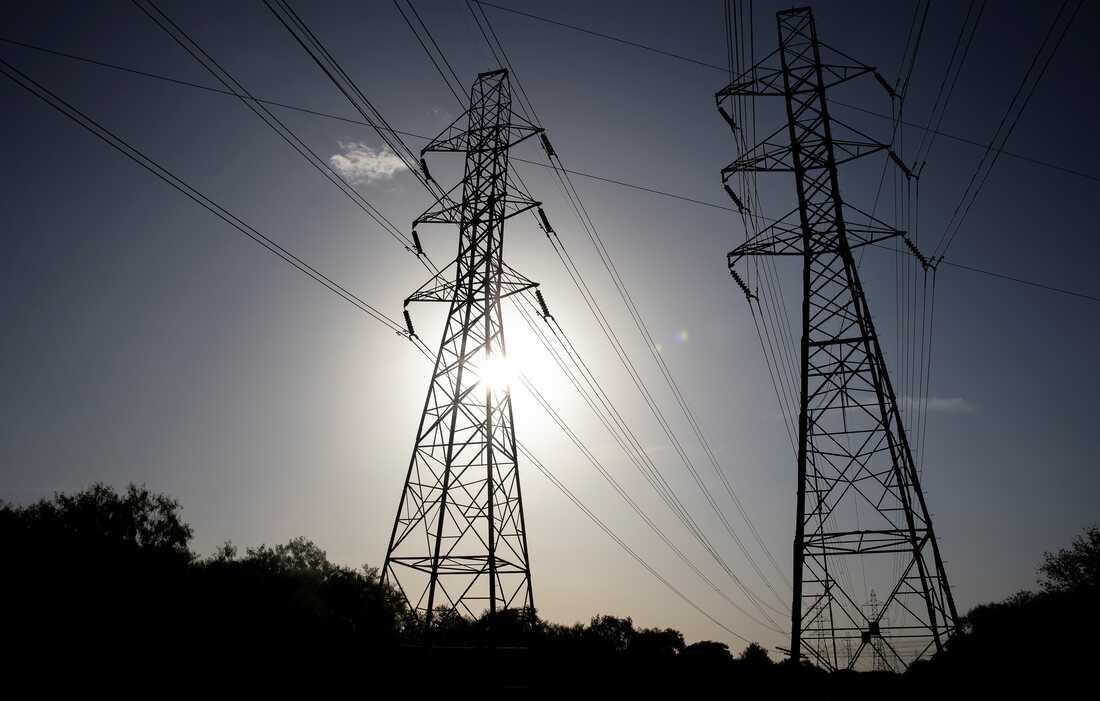 With a record–setting heat wave scorching much of the U.S. and expected to stretch into next week, electrical utilities are maneuvering to keep up with demand.

The warnings of possible rolling blackouts for this summer haven’t come to pass. But tens of millions of people in numerous states across the country are under heat warnings or advisories, and the task of powering air conditioners on overdrive hasn’t been easy.

Temperatures have been well above 100 degrees Fahrenheit in many places, such as Wichita Falls, Texas, which reached a sweltering 115 degrees Fahrenheit on Wednesday. In February 2021, Texas experienced a dangerous outage during a winter storm, and the record heat is fueling fears of a possible repeat.

“The electric load is high,” acknowledges Thomas Overbye, a professor of electrical and computer engineering at Texas A&M University.

He says Texas set a record for the highest-ever electric usage on Wednesday, but that the state is “cautiously optimistic that everything will be fine with the grid.”

In a statement on Wednesday, the North American Electric Reliability Corp., or NERC, said the U.S. power grid was taking corrective measures to avoid the kind of outages that plagued Texas last year.

The Electric Reliability Council of Texas, or ERCOT, which manages the state’s electrical grid, says it “expects sufficient generation to meet forecasted demand” during the current heat wave. But last week, it issued requests for customers to conserve power during peak demand times.

“When ERCOT asks for conservation, we hope all businesses will heed our request, including miners, however, there are no requirements for them to conserve,” the council says.

In neighboring Arkansas, the weather story is much the same, with the main electrical provider, Entergy, saying it has seen no need so far to ask its customers to cut back. “We actually maintain and upgrade our grid throughout the year to prepare for times like this,” says Brandi Hinkle, a spokesperson for the utility.

But Entergy relies heavily on “clean and reliable” nuclear power to supply its customers, she adds.

In Washington, D.C., Mayor Muriel Bowser declared a heat emergency that will remain in effect until Monday.

During a similar heat wave that battered Oregon and other states last year, utilities were largely able to keep up.

Supply, demand and infrastructure are key

To stay ahead of demand, they must look at supply, demand and infrastructure, says Le Xie, also a professor of electrical and computer engineering at Texas A&M University.

The utilities, he says, “have to just make sure there is enough of operating reserves, meaning there will be enough generators ready and enough of a fuel supply to kick in.”

On the demand side, “I think there’s a big potential out there to engage the consumers, especially in those peak hours,” Xie says. “Maybe you can wait until later in the evening to do your laundry, for example. Or you could consider setting your thermostat a couple of degrees higher.”

Finally, when it comes to infrastructure, “you need to make sure the delivery systems, the transmission substations, distribution substations and transformers are well maintained and performing well during this heat wave,” he says.

While climate change means more extreme weather, such as the current heat wave that is also affecting parts of Europe, it also makes it harder for utilities to predict future energy demand and prepare for it, Xie says. Those forecasts are typically made years in advance of actual need.

Studies conducted five to 10 years ago were based on weather patterns that may have shifted, he says.

Renewables, too, present a challenge. ERCOT says Texas now gets more than a third of its electricity from wind and solar, outpacing the state’s combined-cycle gas turbines. But new storage technologies are needed to get the power from those renewables into the grid at peak usage times, NERC said.

But the gap may be closing as more storage capacity, in the form of huge batteries, comes online, says Overbye.

That’s important for Texas, he says, which has “by far the largest amount of wind plus solar” feeding the grid than any other state.